Sherwood Bowls Club was founded in 1922. It was at that time an all-male Club. Some 10 years later the Ladies formed the Sherwood Ladies Bowls Club.

In the 1980s Sherwood Bowls Club became a mixed Club, but the Ladies continued as a separate Club until 2010 when it disbanded due to lack of members.

Sherwood Bowls Club has three teams in the Nottingham EBF Leagues playing two evenings and Saturday afternoons during the season. They also enter a team in the League competitions and individuals within the Club also enter competitions.

The Club holds its own competitions each year and has Social competitions – President’s Day, the Corral Rose Bowl and the Radio Nottingham Trips, which are held on three Sundays in July, August and September.

A Presentation Evening is held in early December when trophies won through the season are presented after a dinner. 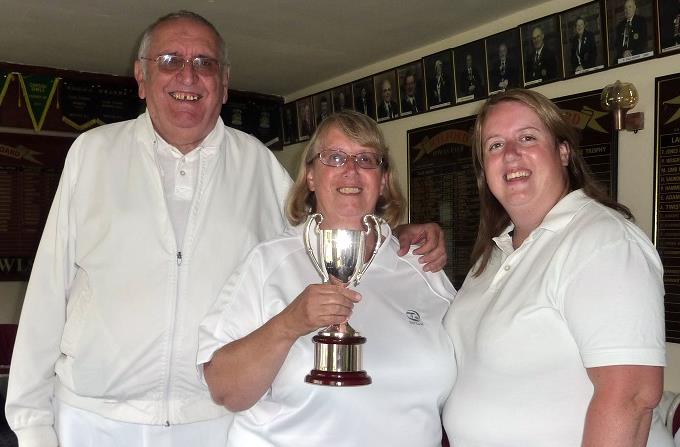 Malcolm Giles and Rachel Marson being presented with The Warren Trophy by the Nottinghamshire EBF President for 2015, Mrs Chris Marson – all Sherwood members. 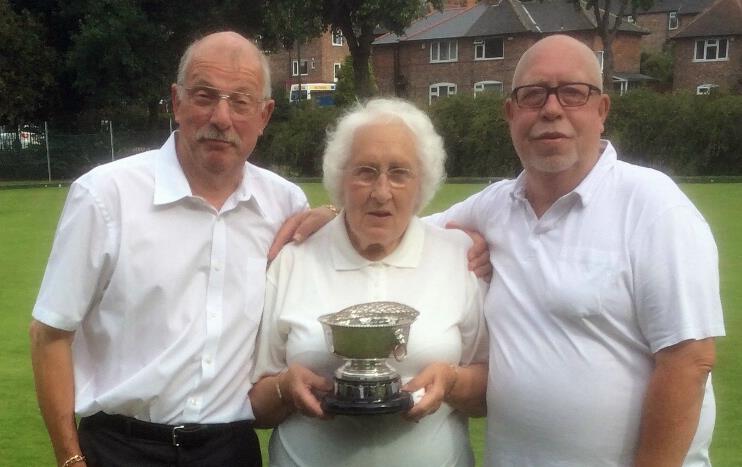 David Fewkes and Frank Cockayne being presented with the Corral Rose Bowl by Sherwood President in 2015, Mrs Joyce Newton.